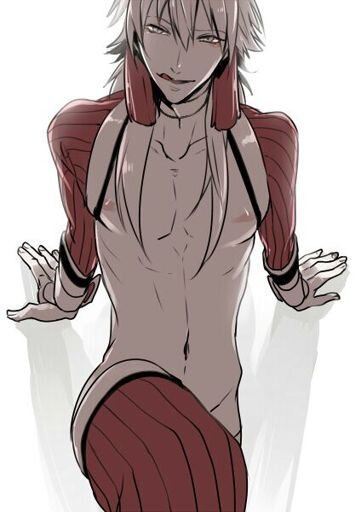 iOrbix Quest
Sħɨɍøƀⱥ Sɇɍⱥǥⱥꝁɨ is using iOrbix.
Join iOrbix today!
This account is a Fan Profile or Fictional Profile.
A fictional profile either does not belong to a real person, or is a fan profile of a celebrity.

About Me
NameShiroba Seragaki
Age23
GenderMale
BirthdayApril 22
Zodiac SignTaurus
Height175 cm (5'9")
First SeenKoujakus Bad Ending
~ "Break me... do anything you want with me... just.. ruin me.. "

Shiroba takes pain as pleasure, often laughing in hysterics when being kicked, punched, slapped, or forced to have sex. In Koujaku's bad ending, after Shiroba took over the other Aoba permanently, Koujaku bites through Shirobas arm hard enough to draw blood. Shiroba didn't even flinch or cry out, only laughing huskily, saying in a mocking tone how much it had hurt. In reality, it didn't hurt him at all, but instead it made him feel good. His masochistic tendencies are always present, especially around Beast Koujaku (and Mink of course).

On the other hand he can be a shy and vulnerable person, oppressed by the other Aoba who keeps him caged inside of their body. Shiroba yearns for attention because he isn't able to dominate the mind of the other Aoba very often. Even when Shiroba seems to be a mean and sarcastic individual, he just wants to be noticed and understood.

Shiroba's whole body is pure white, as well as his hair and eyes (sometimes shown as a yellowish colour, resembling Sly Blues eyes) . He wears a long white robe with various tassels and large beads that are a contrasting red. He also wears what appears to be some sort of red socks that go under his white and black boots. In his hair, he wears two red hair ties on each side.The contrast between his colors are necessary for his personality: Red stands for blood, aggressiveness and hatred. In opposite the color white stands for innocence, purity and loyalty. All in all Shiroba can be seen as Ying and Yang somehow.
Ask an Anonymous Question
Answered Anonymous Questions »