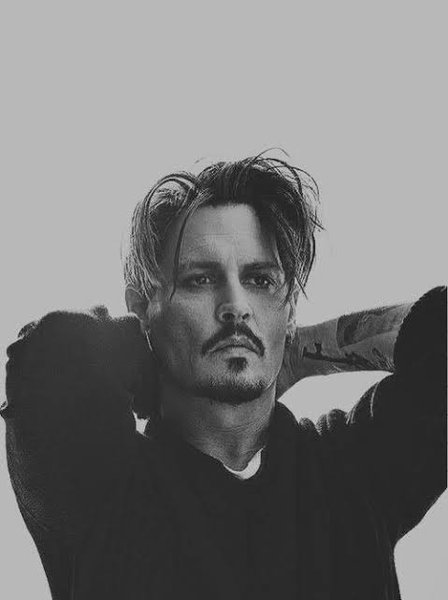 iOrbix Quest
Gellert Grindelwald is using iOrbix.
Join iOrbix today!
This account is a Fan Profile or Fictional Profile.
A fictional profile either does not belong to a real person, or is a fan profile of a celebrity.

"In a list of Most Dangerous Dark Wizards of All Time, he'd miss out on the top spot only because You-Know-Who arrived, a generation later, to steal his crown."

Bloodtype: Pureblood
Wand: Elder wood with dragon heartstrings, 13" and unyielding flexibility. Dark greenish hue with three red thorn-like protrusions running along its length. The wand appeared to be a long tapered strip of bark that had been twisted into a cylindrical shape.
Loyalty: Grindelwald's army, Durmstrang Institute, Nurmengard, Elder Wand
FRIENDSHIP WITH DUMBLEDORE

It was in Godric's Hollow in the summer of 1899 that Grindelwald met and befriended Albus Dumbledore. The two teenagers were intellectuals and top-of-the-class talented young wizards who were idealistic and ambitious. They shaped one another's ideas, powers, as well as destinies from that day forth.

They held fascination with the goal of acquiring all three Deathly Hallows and wield the power of Master of Death. They dreamed of overturning the Statute of Secrecy and creating a new order in which wizards were the benevolent overlords of their world, including Muggles. Dumbledore coined the phrase "For the Greater Good" that would be used to justify the necessary use of force required to achieve their goals, and Grindelwald would later adopt as his slogan.

However, Dumbledore's motivations and intentions were different from Grindelwald's: he wanted the power to protect his loved ones (and by extension the whole world) against cruelty and xenophobia shown by the Muggles. He viewed the Resurrection Stone as a way of returning his parents to life, while Grindelwald mistakenly viewed it as a tool to amass an army of inferi.

The friends' plans to leave Godric's Hollow, acquire power, and begin their revolution turned serious in the summer of 1899. When Dumbledore's brother Aberforth became aware of this he was disgusted with Albus's ambition. In a confrontation, Grindelwald, enraged, inflicted the Cruciatus Curse on Aberforth. Albus moved to defend his brother, igniting a vicious three-way duel in which Ariana was killed. Grindelwald fled the country and received putative blame for Ariana's death, thus confirming his place on the wrong side of the law and touching off his career as a Dark revolutionary, which would last until 1945.


About Me
GELLERT
"A law that has us scuttling like rats in the gutter. A law that demands that we conceal our true nature. A law that directs those under its dominion to cower in fear, lest we risk discovery. I ask you, Madam President, I ask all of you — who does this law protect? Us, or them? I refuse to bow down any longer."


"Educated at Durmstrang, a school famous even then for its unfortunate tolerance of the Dark Arts, Grindelwald showed himself quite as precociously brilliant as Dumbledore. Rather than channel his abilities into the attainment of awards and prizes, however, Gellert Grindelwald devoted himself to other pursuits. When Grindelwald was sixteen years old, even Durmstrang felt it could no longer turn a blind eye to his twisted experiments and he was expelled."
—The Life and Lies of Albus Dumbledore

Gellert Grindelwald was born around 1883. He was educated at Durmstrang Institute, where he excelled in various fields of magic and absorbed much of the strength-obsessed, Dark Magic-oriented school culture. He was an extremely talented wizard, who possessed an attractive and winsome personality, which was coupled with a "merry, wild" disposition. Grindelwald instantly felt the attraction of the Dark Arts.

Keenly interested in history, lore, and the powerful mystique of magical artefacts Grindelwald became fascinated with the Deathly Hallows. He became fascinated to the point of appropriating their runic symbol as his own personal emblem and engraving it on the walls of Durmstrang prior to his departure. These engravings persisted for many generations. Dumbledore noted to Harry Potter that 'twisted experiments' had been the reason for his expulsion at 16 years old from Durmstrang before graduating. This was an ominous and troubling sign, as it meant that Grindelwald performed experiments that were too disturbing even for a school of the Dark Arts.