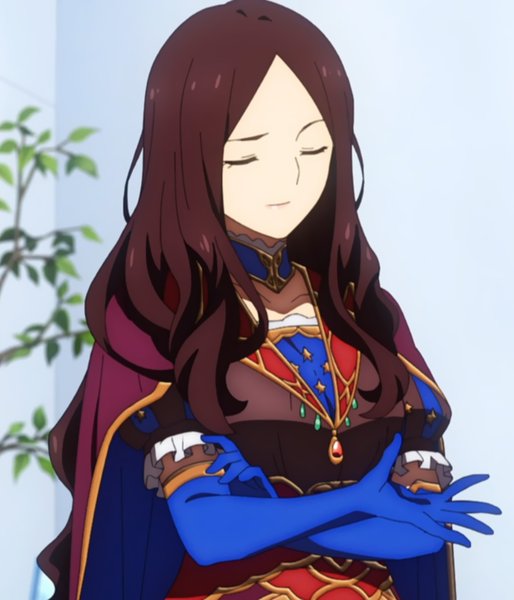 iOrbix Quest
Leonardo Da Vinci is using iOrbix.
Join iOrbix today!
This account is a Fan Profile or Fictional Profile.
A fictional profile either does not belong to a real person, or is a fan profile of a celebrity.


Caster's True Name is Leonardo da Vinci (レオナルド・ダ・ヴィンチ, Reonarudo da Vinchi?), a genius branded as omnipotent. A person of Europe’s 15th~16th Century. A prominent genius who provided a lot of influence on the advancement of civilization and who left his name behind in human history.

Although he is recorded to be a peerless handsome young man, a matchless pretty boy... this is in fact his appearance. Regardless, age and gender has no effect before a true genius. Doctrines and fashion may change with the times, but there is merely one truth. Whatever happens, da Vinci is the unrivaled omnipotent one!

Appearance
While a male normally, da Vinci says that the Mona Lisa represented the ideal beauty she pursued during her life, so she feels nothing wrong in having become that beauty itself.

Personality
Rational, yet placid. However, at things that are very interesting to him/her, da Vinci will jump at it with sparkling eyes. A type of genius that accurately grasps one’s abilities. What he/she can do, and what he/she cannot do. What others can do, and what they cannot do. Basically, because he/she can grasp (calculate) and speculate/observe everything with merely a glance, he/she is always composed. The point is, one should be composed and without being any different than usual, even if one falls into a desperate situation with no escape, and it’s no good if one doesn’t be careful. For him/her, the “unexpected” doesn’t simply occur, and even if it does occur, he/she completely assesses with great interest that rare situation. Just because it is said that he/she puts on a face that grasps anything, one should not be restricted, nor is it good, to completely rely on him/her.

The fact that his/her current self is in a young female body is something da Vinci is relatively unaware of. After taking a bath, he/she is the type to prowl around as he/she likes while naked. Regardless of whoever is around.

After becoming a Servant of the protagonist, da Vinci considers the Master as a “pupil”, and he/she conducts him/herself as a “teacher”. If one would have to say it, they would say he/she is someone who has a familiarity similar to a “teacher who is close in age” to their pupil rather than someone who is a “great teacher”.

While extremely intelligent, da Vinci is also humble and kind to those around her, though she is more than willing to boast of her greatness when reasonably allowed. She is able to handle grave matters like Mash's deteriorating conditions and the havoc caused by Solomon with a gentle but understanding attitude.

However, da Vinci is not without her eccentricities. She seemingly possesses a great affection for birds and subjects related to them. For example, when creating a vehicle to cross the deserts in Jerusalem, she adds a multitude of wing designs found on many of her previous inventions and dubbed the vehicle the Ornithricopter. She also keeps a beautifully crafted mechanical bird perked on her shoulders at all times.

Da Vinci has a penchant for eavesdropping, especially when Dr. Roman is talking. There is also her habit of putting on a pair of glasses when activating her Noble Phantasm.