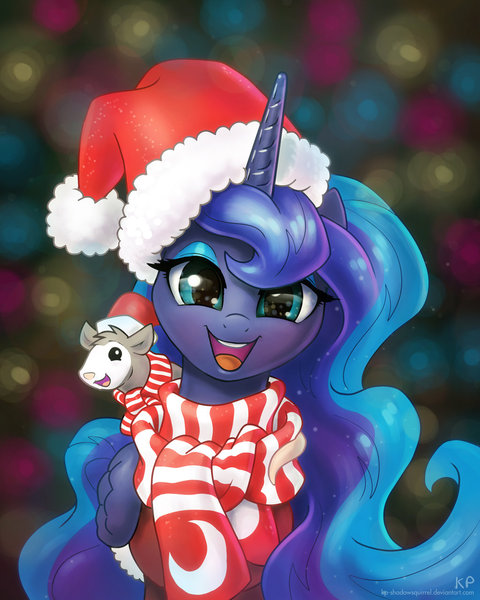 iOrbix Quest
Princess Luna is using iOrbix.
Join iOrbix today!
This account is a Fan Profile or Fictional Profile.
A fictional profile either does not belong to a real person, or is a fan profile of a celebrity. 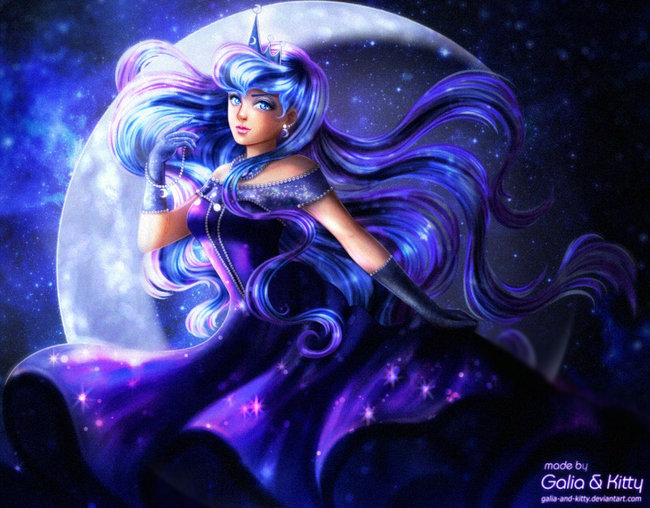 
In the novelization, Twilight is actually still in Equestria and, in the end, imagines that she is performing with her Canterlot High friends.

My Past is Not Today
Twilight briefly appears in a flashback offering her hand to Sunset Shimmer after her defeat.


In a deleted scene on the DVD, Sunset meets Princess Twilight at the Sweet Shoppe to talk to her. Sunset tells Twilight that she has a desire for more than intramural sports and is actually considering returning to Equestria. Twilight assures Sunset that the portal is always open for her to return. Later, the waitress arrives with Twilight's order, but she only has Equestrian bits as money. Sunset pays for her, saying she can pay her back when she comes to Equestria.

Depiction in comics
Comic micro 1 page 1
Twilight in My Little Pony Micro-Series Issue #1.
In early IDW comics, Twilight Sparkle appears as a unicorn. In My Little Pony: Friendship is Magic Issue #13 onward, she is depicted as an Alicorn princess.
My Little Pony: Friendship is Magic
In The Return of Queen Chrysalis, Twilight and her friends quell the changelings' invasion of Ponyville and rescue the Cutie Mark Crusaders from Queen Chrysalis. In Nightmare Rarity, Twilight and her friends defeat the Nightmare Forces and save Rarity after she is turned into the new Nightmare Moon. In Neigh Anything Twilight learns of how Princess Cadance and Shining Armor met and fell in love. In My Little Pirate: Friendship Ahoy, she briefly serves as pirate captain Hoofbeard's navigator. In the IDW comics sixth story arc, she ventures into various books in an attempt to fix their stories.

In Reflections, Twilight and her friends travel to another dimension and help a good King Sombra defeat evil versions of Celestia and Luna. In The Good, the Bad and the Ponies, she helps Applejack save Canterlot Creek from King Longhorn and the Cattle Rustler Gang. In The Root of the Problem, she helps an Everfree Forest colony of deer stop the deforestation efforts of a construction crew. In Ponyville Days, she organizes the Ponyville Days festival and stops a feud between two warring pony factions.

Other releases
A younger Twilight appears playing in the background along with a younger Princess Cadance and Shining Armor in The Fall of Sunset Shimmer. In the My Little Pony: Equestria Girls Holiday Special comic, Twilight communicates with Sunset Shimmer and helps her deal with a gossip problem at Canterlot High School..

Depiction in other media
A November 6, 2013 "vorläufige Abbildung" image for mystery packs depicts Twilight Sparkle as a unicorn.

By virtue of her brother's marriage to Princess Cadance, Twilight was listed as royalty in trading cards of Cadance and Shining Armor before the finale of season three.[12]

Hasbro.com description
Dutiful and intelligent, Twilight Sparkle is obsessed with one thing: studying magic! She once studied so much, she made no time for anypony else. That is until her mentor, Princess Celestia charged her with the study of a special kind of magic--- friendship! Newly converted to the joys of having friends, she uses her knowledge and unusually powerful gift for magical spells to help her companions in Ponyville. Though sometimes she gets on her "high horse" about what's right or wrong, her eagerness to learn and lend a helping hoof endear her to her new friends in Ponyville, and when the going gets tough, her big brain and love for her friends transform her into a natural born leader![13]


Hasbro.com Equestria Girls description
Twilight Sparkle isn't exactly feeling like herself these days. Still, the brains of most operations, this perky princess won't let anything get into her way. Even if that means transporting to another universe to reunite old friends, expose Canterlot High's most feared villain, and unite the masses before the Fall Formal so she can take home the crown. But it's all in a day's work for Twilight Sparkle, and she will use all the skills she has: her determination, her charm, and her intelligence to get the job done. Well, that, and a little bit of magic![15]

Rainbow Rocks description
When her friends need her, no one shines like Twilight Sparkle. As lead singer for the Rainbooms, she works to get everyone rockin’ to the same rhythm, so that harmony reigns supreme at Canterlot High.

Rainbow Rocks Encore description
Twilight Sparkle's superstar style sets her apart as the lead singer of The Rainbooms. With the magic of friendship on her side, she helps her friends defeat the villainous band, The Dazzlings, before they take over Canterlot High.[16]

Friendship Games description
Meet Crystal Prep Twilight Sparkle, the Twilight Sparkle who has always lived in Equestria Girls world – she just goes to another school! You'll recognize this Twilight Sparkle by her signature glasses. She maintains the same personality traits of the Twilight we know from the MLP world, but she has yet to learn about the magic of friendship[17]

HubNetwork.com description
Dutiful and intelligent, Princess Twilight Sparkle is an A+ student of all things magical. Though her attention to detail can become extreme at times, Twilight's eagerness to lend a helping hoof endears her to her friends. She's become an expert not only in magic, but in friendship too, which has transformed her into a powerful Alicorn princess -- a Unicorn with wings.

Teacher For a Day description
Meet Twilight Sparkle! She loves to read and study. The Royal Princess Celestia of Equestria has charged Twilight with learning something new: the meaning of friendship! She has a powerful gift for magical spells and uses it to lead her new friends through adventures in Ponyville.

There's no problem Twilight Sparkle can't solve, especially with the help of other ponies, a little bit of magic and guidance from Princess Celestia.


The Elements of Harmony guidebook
TWILIGHT SPARKLE has a love of learning unmatched in Equestria. She is a natural leader, a patient friend, an obsessive organizer, and an avid reader. Her home in Ponyville is above Golden Oak Library, where she also serves as librarian, assisted by Spike and her pet owl, Owlowiscious. Of the six Elements of Harmony, she represents the Element of Magic. As a young filly in Canterlot, she was chosen by Princess Celestia to study the highest form of magic as the princess's apprentice. Seeing Twilight value knowledge over friends, the princess sent Twilight to Ponyville to learn the magical properties of friendship. Because Twilight not only mastered magic but also created magic of her own through such friendship, she has been bestowed with wings and the title PRINCESS TWILIGHT.

A Hasbro stand displayed at Brand Licensing Europe 2012 included a poster depicting Twilight Sparkle as an Alicorn.[20] Jayson Thiessen was not involved with the creation of the poster.[21]

With her closest friends Pinkie Pie, Applejack, Rainbow Dash, Rarity, and Fluttershy, Twilight Sparkle completes the Elements of Harmony – the most powerful magic in all of EquestriaAbout Me