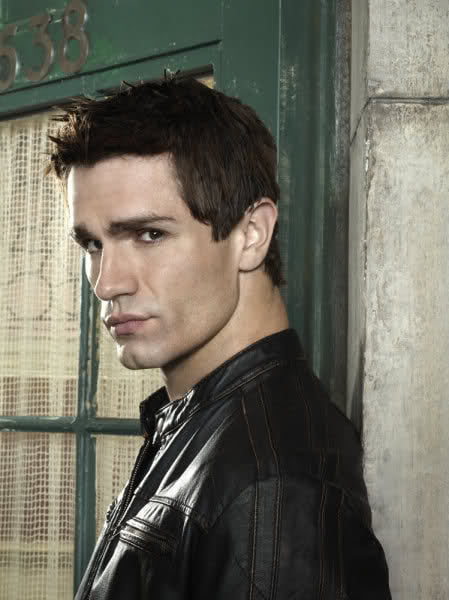 iOrbix Quest
Aidan Waite is using iOrbix.
Join iOrbix today!
This account is a Fan Profile or Fictional Profile.
A fictional profile either does not belong to a real person, or is a fan profile of a celebrity.

"So, go ahead. Live forever. Forget what you've forgotten.

But they won't. They never do."

As an individual, Aidan is calm, laid-back, soft-spoken, and on the quiet side. His years as a vampire have allowed him to see many things, including the best and worst of both humans and vampires. As a result, he is somewhat jaded and melancholic. When he was mortal, Aidan was a man of admirable character as well as a loving husband and father. This behavior continued shortly after he became a vampire. After the presumable death of his wife and the loss of his son, something in Aidan snapped, sending his personality down a slow but gradual spiral. Aidan eventually became bitter and vicious, during which he earned the sinister reputation among vampires, particularly in the New England area, for being a ruthless killer. At some point in his life, Aidan began to mellow, his personality reverting to where it is currently. His struggling abstinence from feeding directly from humans had at least a part to do with him mellowing.

Unlike most of his kind, Aidan does not possess contempt for werewolves, as he took pity on Josh after finding Marcus and his friend ruffing Josh up in an alleyway. Since meeting Josh and Sally, Aidan has come to see them as his family, acting as the older brother of the trio. Aidan suffers from guilt and self-loathing, as a part of him knows that vampires are killers, and he must fight hard to suppress his innate killer. Constantly trying suppress his natural instincts makes additional stresses an unwelcome thing for Aidan. None-the-less, he is fairly level headed in most situations. Aidan is highly charismatic, especially when he wants to be. He uses this aspect of his personality to compensate for the fact he is almost incapable of telepathically compelling humans like other vampires can.


The Three Best Friends Anyone Can Ask For

We're all hiding something, aren't we? From the moment we wake, look in that mirror; all we do is spin our little lies. Suck in that gut, color that hair; twist off that wedding ring.

And why not? What's the penalty? What are the consequences, really? "I'm only human," you say, and all is forgiven.

But what if some cruel twist of fate makes you something else- something other? Who forgives you then? Byron wrote about Prometheus. "The wretched gift eternity was thine and thou has borne it well" - Making death a victory.

Every human spends a night or two on the dark side and regrets it. But what if you only exist on the dark side? We just want the same things that you do: a chance at life, at love. We 're not so different in that way. And so we try and sometimes fail. But when you're something other-- A monster, the consequences are worse. Much worse.

You wake up from your nightmares. We don't.

By the year 1779, a state of war had already existed for several years between the American colonies and the British Crown in what would become known as the American Revolutionary War. Aidan left home to fight, eventually becoming a highly praised soldier in the Continental Army. It was during a battle that he stumbled upon a man named James Bishop preying on the body of Aidan's comrades. He also witnessed Bishops black eyes and blurred speed. As Aidan chased after him, Bishop continued to run behind trees and bushes to stalk Aidan as prey. He finally stopped and came appeared behind Aidan. Aidan promptly tried to kill him for dishonoring the soldiers that he fed on. Despite the fact that Aidan had a musket and Bishop did not and that Aidan had stabbed Bishop directly in the stomach, Bishop easily defeated and restrained Aidan to his vastly superior strength and experience, and threatened that he would kill Aidan´s troops in a camp nearby. Aidan begged that their lives be spared, and Bishop agreed, on the condition that he would turn Aidan into a vampire.

Aidan lived the next 150 years in the Boston region, serving Bishop and the other leader vampires of the Family. Not much is known about his life during this time except that he acquired a reputation of ferocity and inhumanity committing numerous killings. He was the most feared vampire of the Boston area, and he mentions that he also fought in the American Civil War for the Union army, including the Battle of Antietam, the bloodiest single-day battle in American history, with about 23,000 casualties.

He was there when Bishop was announced the leader of the Boston family, and afterwards decided to set out on his own. He settled down in Montreal for a while but eventually moved back to Boston. On his return he decided to change his ways and started drinking blood bags instead of killing actual people. Aidan eventually found Josh being tormented by Marcus and Blue Collar, and took pity on him. They soon became good friends and Aidan helped Josh get a job as an orderly at Boston's Suffolk County Hospital, where Aidan had been working as a nurse.
Workplaces